anton Atoll, Phoenix Islands, Pacific Ocean.  If you really want to get away from it all, you come here.

Named after an American whaling ship that wrecked on the reef here in 1854, you don’t get more isolated than this.  The nearest inhabited island is over 1,000 miles away.  The only visitors are via a private yacht about once a year or so or a Kiribati patrol boat bringing supplies once every six months. 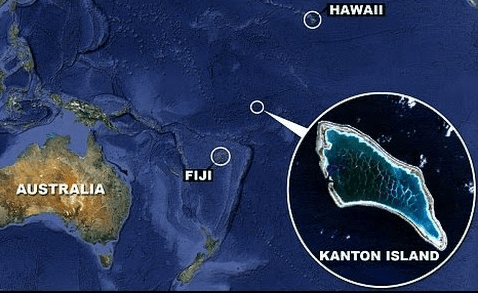 We are the first private plane (our chartered King Air) to land here in years.  The islanders who live here are Micronesian speaking Gilbertese.  There are only some three dozen of them. You can imagine how happy they are to see us. 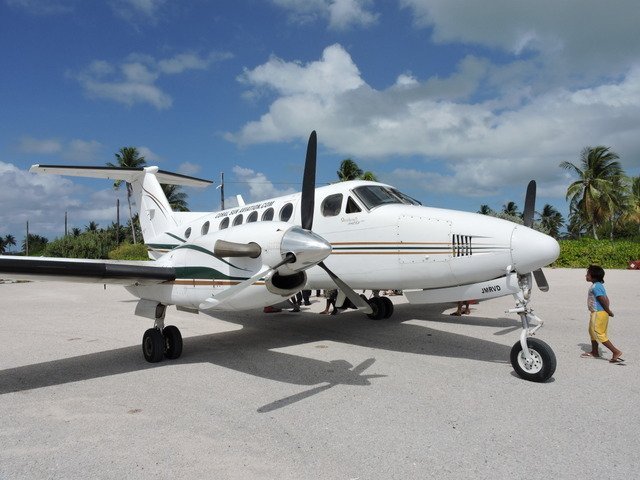 Neither you nor I could imagine living here. There is no radio, television, internet or cell phones, and hardly any electricity – a diesel-powered generator is fired up only occasionally. 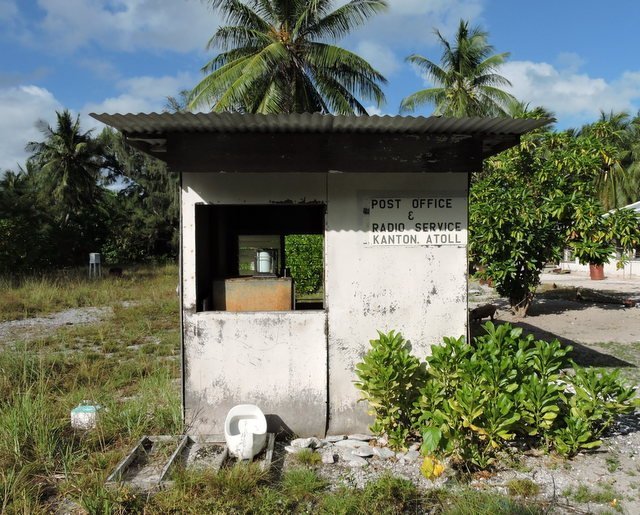 The only water is rainwater caught in cisterns.  They subsist on fish, crabs, and coconuts, plus rice and other staples the patrol boat brings, which has to last for six months or more. They live in disintegrating ramshackle homes. 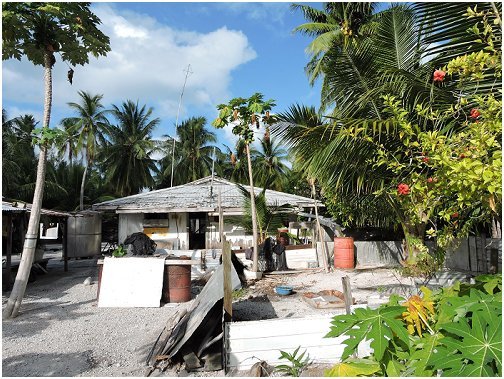 The homes are amidst colossal rusting wreckage – for this was once a flourishing airbase built by the US government during WWII and subsequently by Pan American Airways in the 50s.  The base has been abandoned since the early 70s, lost, collapsed and forgotten. 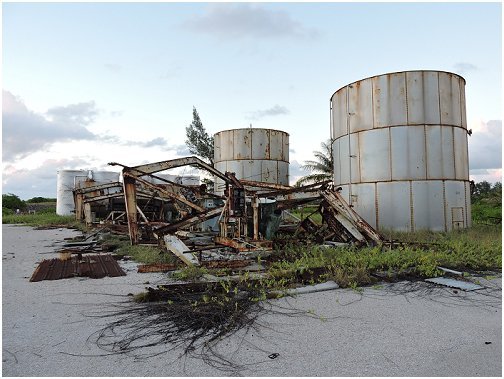 Kanton could flourish once again, and easily – for there is a vast sunken treasure in the atoll’s lagoon that would attract a certain species of treasure-hunter willing to pay small fortunes if there was a way to get here and a decent place to stay.

Here’s a picture of the treasure: 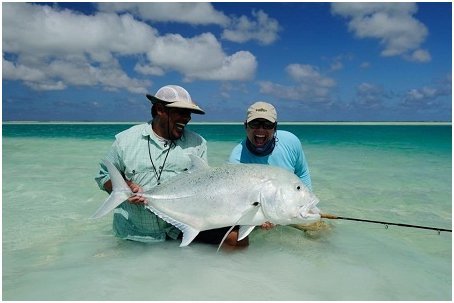 Giant trevally are one of the world’s most sought-after game fish by champion fly-fishermen. The Kanton lagoon teems with them like nowhere else, along with the other dream goal of fly-fishing, bonefish. This was taken in 2015 on the first private fishing boatcharter to reach here in 20 years, as it takes so long and costs so much to get here from Hawaii.

Here’s their description of what they found:

“Giant Trevally patrol here in reckless abandon, devoid of human fear and in staggering numbers. The GT dominates the surf line, lagoon and the only passage of the atoll, located on the western, leeward side. The passage is where current and tidal movement control the lifeblood of the atoll.

Kanton (the only inhabited island in the Phoenix Islands), in keeping with the usual lunacy of international diplomacy, is part of the country of Kiribati (pronounced kee-ree-bass), which is the 173rd smallest country in the world (310 square miles, smaller than São Tomé, barely bigger than Bahrain) in land area, and the 6th largest country on earth (1.3 million square miles, bigger than India) in sovereign ocean area. 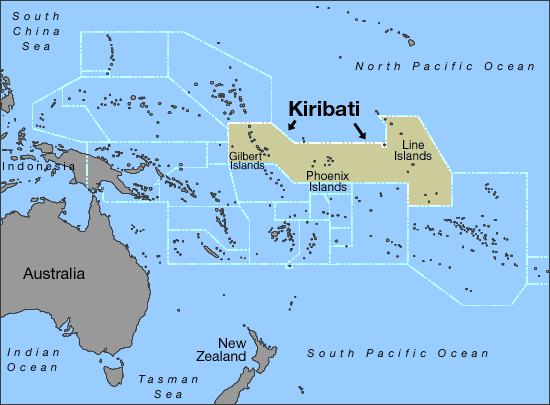 You’d think it would be easy for the Kiribati government in Tarawa (the capital) to make investing in Kanton simple and attractive. But of course they insist on being an obstacle instead, demanding high taxes, monopoly control, rules piled on rules…the same government perversity that’s become almost globally ubiquitous.

An example of the perversity is the runway of the now-abandoned Canton Island Airport. More than a mile long (6,230 feet), it’s still usable; we just landed on it no problem. 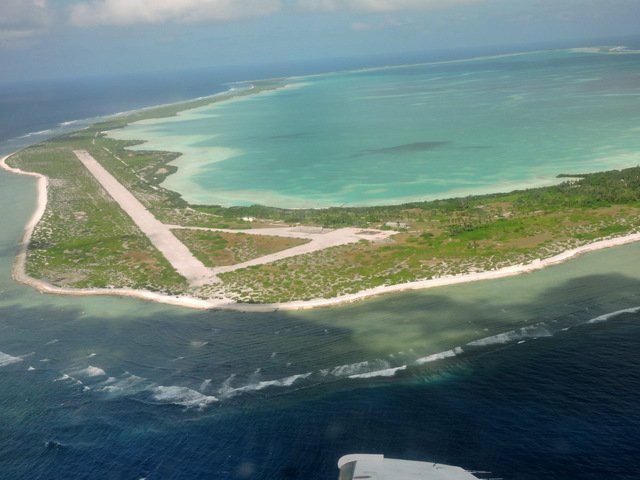 The prime example, however, is that while sport fishermen who come here practice catch-and-release eco-fishing – no environmental harm – on the other hand, the Tarawa government is wholly unable to patrol their vast ocean area which is being pillaged by giant pirate fishing trawlers from China and elsewhere.

So here we are, in a King Air 200 that I managed to charter, all by ourselves with a handful of Kantonese in their utter isolation and what we would consider utter poverty.

You’d think they would be full of anger and resentment for their lives – like so many inner city Americans who enjoy a prosperity unimaginable to Kantonese – but the opposite is true.

The people here are genuinely and truly happy.

They feel absolutely no stress in their lives.  Each cheerfully contributes what skills or capacities they have to their families, which takes a few hours a day, and the rest of the time they enjoy life – which primarily means enjoying being with each other.

They’ll gather in a fale – an oval of smoothed crushed coral that’s like cement with a thatch roof but no walls, just a series of poles holding up the roof – and talk for hours.  It doesn’t matter what they’re talking about, it’s just the simple pleasure of being and communicating.

I watched and listened to many of their conversations. I didn’t understand a word of course as they speak Gilbertese, but I was listening to their tone.  It was always calm, joyful, and serene, interspersed with outbursts of uproarious laughter.

There was never a tone of anger or upset. “Life is too short to be upset”, they said.  They have all the time in the world, but no time for anger or stress. They’d rather laugh and be happy with one another instead.

They held a memorable celebration for us with glorious singing and traditional dances.  You cannot find a more friendly and hospitable people.

You and I live in an exceedingly stressful world. We wish we didn’t. Do we have to live on Kanton Atoll to be as stress-free as the Kantonese, to live a life of idyllic isolation?

It’s a real question which we all have to answer for ourselves.  For at least part of the answer can only be found by looking inside ourselves, at our attitude towards life – life in general and our own individual life in particular.

All of us – unless our physical brain is malfunctioning neurologically – have the capacity for an inner serenity, an inner joyfulness for simply being alive.  We need to search and explore for it.

We really need to unless the world, which seems to be getting crazier by the day, drives us stressed-out crazy in the process.  Each of us has to find a path to our own Kanton Atoll.

One way that works for me: I don’t own a television, never watch TV news, don’t have either a Twitter or Facebook account. I’d rather read a book, talk or be with friends – and go to places like the Kanton Atoll.

I wish you all the best in finding a path to your Kanton. Meanwhile, here’s what the real thing looks like: 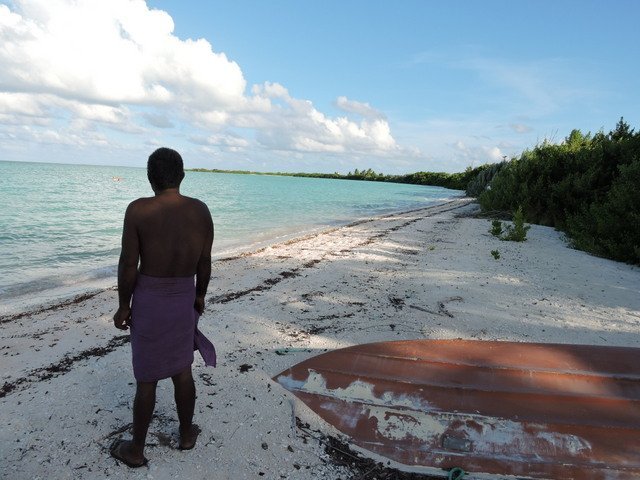 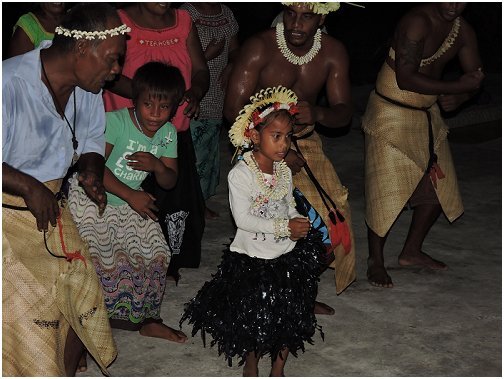 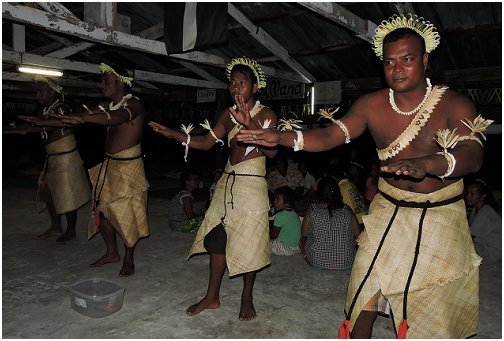 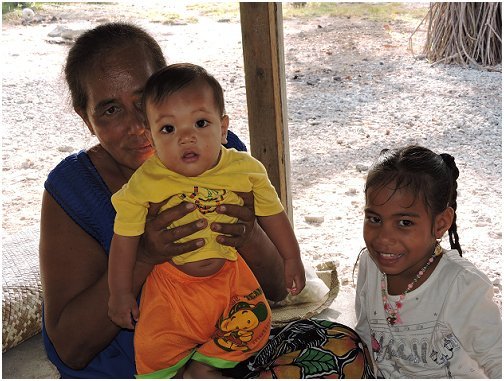 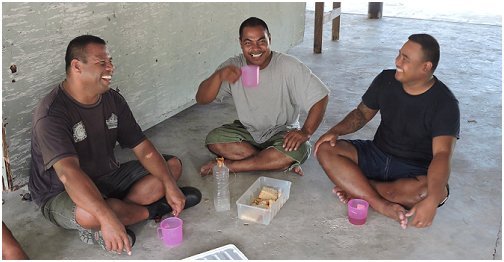 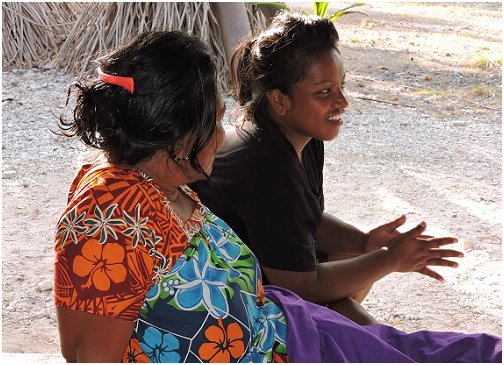 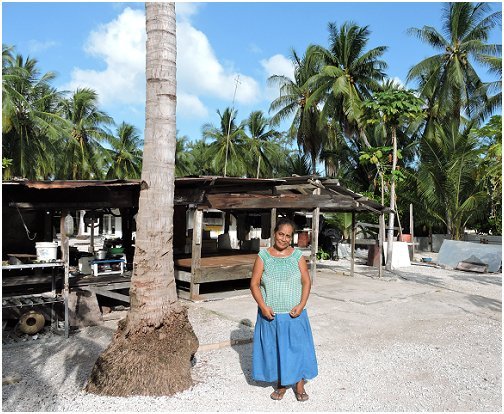 See the world through the eyes of a man who has literally traveled to every single country on Earth. Pull up a chair and hear Dr. Wheeler’s gripping tales. 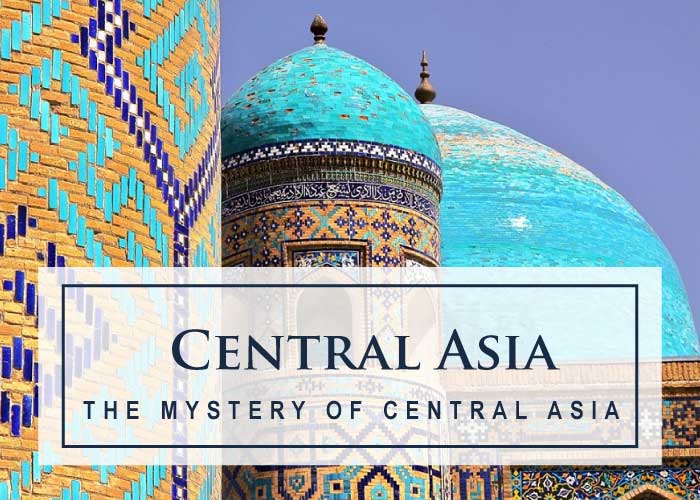 Central Asia is a land of majestic mountains, ancient history, and rich culture — all nearly untouched by tourists. Join us as we explore the mystique and grandeur of 5 countries in Central Asia… 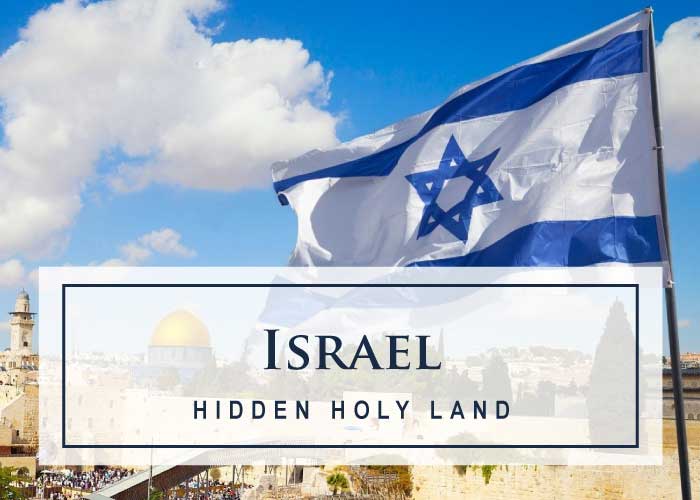 Visiting Israel, one of the most ancient lands on Earth, is the dream of many. Its ancient history, rich with the tapestry of the world’s major religions, is laid out bare for you to see and touch with your own eyes and hands. 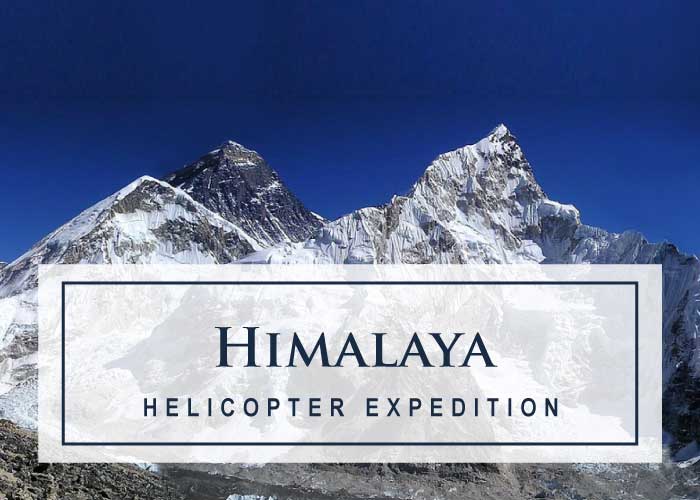 There are only 14 mountains on Earth over 8,000 m. (26,246 ft.), all on the Roof of the World. To be in the presence of any one of these most magnificent mountains is a life-memorable experience: you will go to 8.

What Kind of Adventurer Are You?

If you’re interested in one of the adventures, sign up even if you can’t make the dates, so you’ll get early bird notice when the next edition is scheduled!
Want advance notice of expeditions you can join and stunning photos of once in a lifetime adventures? Let us know how to reach you here: