You could spend a lifetime in the Holy Land and not see it all, for under every rock there are 4,000 years of extraordinary history. Yet millions of visitors come here and see so little.

They go to the famous places, take a lot of pictures, hear a lecture (most of which they forget once they’re back home), and that’s about it. Israel, the Holy Land? Yeah, been there, done that.

So how about doing it for real? That means:

*Experiencing all those famous places to get an in-depth understanding of what actually happened there and why. 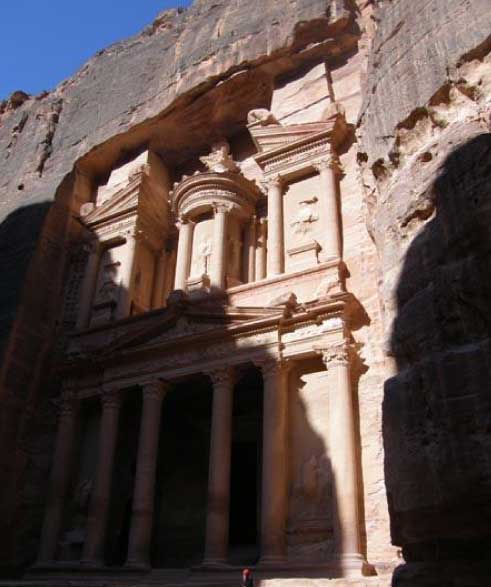 This is the 2,000-year-old city of Petra, carved out of rose-red cliffs, that you read about last December in East of the Dead Sea. I’ll bet it’s on your bucket list, too.

True, Petra is a must-see that you can’t pass up – but when we’re here, you’ll learn something about it that almost no one knows: A number of serious professional historians have concluded that Mohammed (570-632 AD), the founder of Islam, came from here, not Mecca. The implications of that are going to progressively sink in as we continue our journey.

After Petra, we cross into Israel at Eilat on the Red Sea (staying at the spectacular 5-star Dan Eilat Resort). For the next twelve days we’ll be exploring Israel – and what we’ll see, feel, and learn is far too vast to detail it all here. Just glimpses.

Of course, we go to Masada and the Dead Sea – and also to the hidden oasis of Ein Gedi, where David fled from King Saul (1 Samuel 23:29): 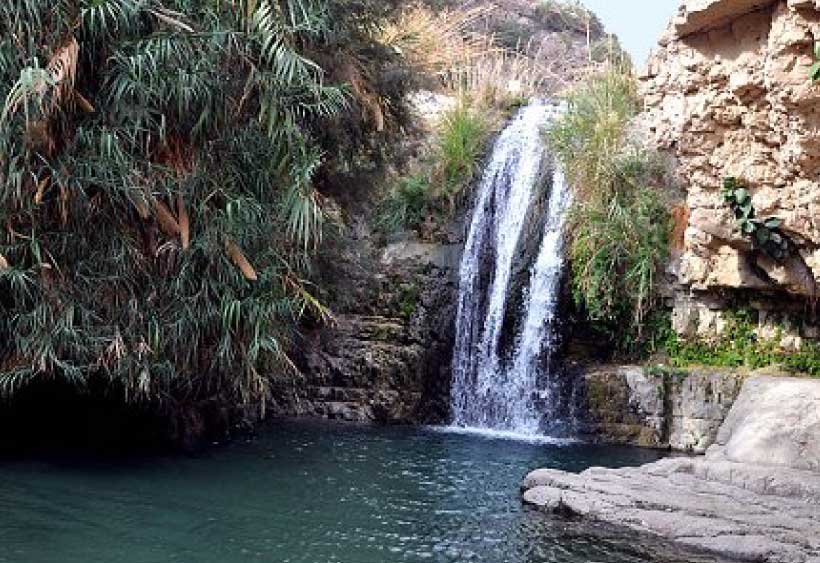 Of course, we explore Jerusalem – the Garden of Gethsemane and the Mount of Olives, the Church of Nativity built on Jesus’ birth site in Bethlehem, the Via Dolorosa, the Cenacle – the Room of the Last Supper atop the Tomb of King David, and the Church of the Holy Sepulcher built on Calvary (Jesus’ crucifixion site).

You’ll lay your hand on the Stone of Anointing, the slab Jesus’s dead body was laid upon after being taken down from the cross. 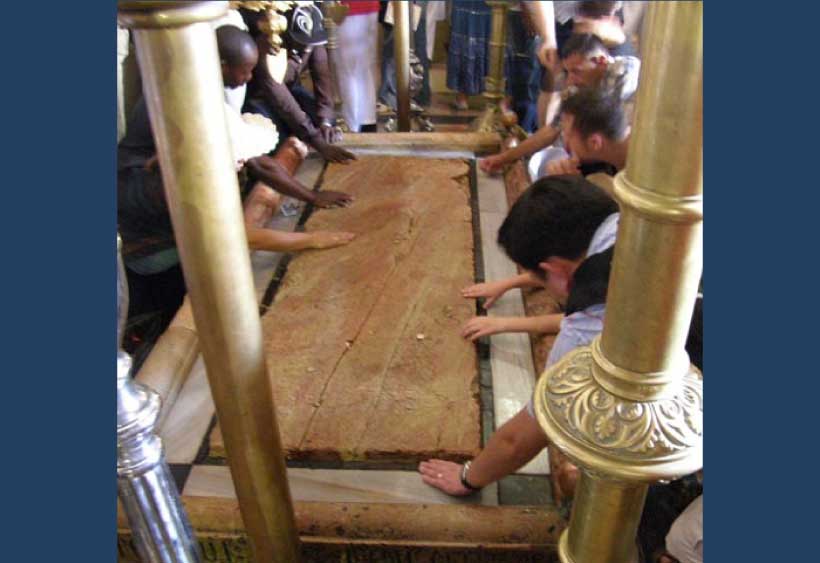 And, of course, the Western Wall, the Garden Tomb (the alternative Crucifixion site), the Cave of the Patriarchs (tombs of Abraham and Sarah, Isaac and Rebecca, Jacob and Leah) in Hebron, and the Yad Vashem Holocaust Memorial (on April 11, Yom HaShoah, Holocaust Memorial Day).

Yet, we’ll also explore the secret tunnels underneath the Western Wall, visit with the brave remaining Jewish inhabitants of Hebron, and spend time with a very special Biblical people that you’ve heard of all your life but likely don’t know they still exist.

We all know Jesus’ parable of the Good Samaritan (Luke 10:30-37) exemplifying the ethics of Christian compassion. How would you like to meet an actual good Samaritan? You can, in the village of Kiryat Luza, the last remaining community of Samaritans on earth.

Samaritans are an ancient Jewish people (as proven by their DNA) who retained their version of Judaism as developed in Samaria before the Babylonian Captivity – as they were the ones who escaped capture by the Babylonians. They believe that Mount Sinai is not in the Sinai Desert, but right in Israel – Mount Gerizim (at which Kiryat Luza lies at the foot).

They have kept their faith for thousands of years, Jesus praised and admired them, yet there are less than a thousand left today. We’ll be taken through Kiryat Luza and to Mount Gerizim by the leader and chief scholar of the Samaritans, Benyamin Tsedaka. To come to know these ancient people and their extraordinary, yet, so little-known history is a rare treasure.

*Experiencing places you never heard of, yet, are equally fascinating.

*Experiencing Israel on a personal level, making friendships that last a lifetime with people who live here.

*Gaining a revelatory grasp of modern Israel that’s deeper than anyone’s you know.

*Having all of this sink into your bones so you never forget it as long as you live.

Isn’t that what’s on your bucket list? If so, consider joining me on an unparalleled experience of the Hidden Holy Land this coming April.

You may be surprised, however, that we don’t start in Israel – but next door in Jordan. That’s to stand in awe here:

To bring this Hebraic history of the distant past into the present, as we travel through what historical distortionists call the “West Bank” and the Israelis properly call “Judea and Samaria,” we’ll gain an education in how modern Israel came to be.

First, we’ll learn that Palestinians are not Palestinians – that is, they are Semitic Arabs, not descended from the Israelites’ biblical enemies, the Philistines, who were an Indo-European people. By the 6th century BC, the Assyrians and Babylonians had wiped the Philistines out to extinction. 500 years later, the Romans named the region “Palestinia” (alt. “Philistinia”) to tick the Jews off who were always in revolt, and the name stuck.

Second, we’ll learn how there’s no such place as the “West Bank” in international law.

After World War I, the countries of the Middle East and their legal borders were created as “Mandates” by the League of Nations out of the defeated Ottoman Empire: Iraq, Syria, Lebanon, Jordan (initially Trans-Jordan), and Jewish Palestine (or Israel). Here is the final Mandate for Jewish Palestine after its diminution to create (Trans-) Jordan. Note the borders: 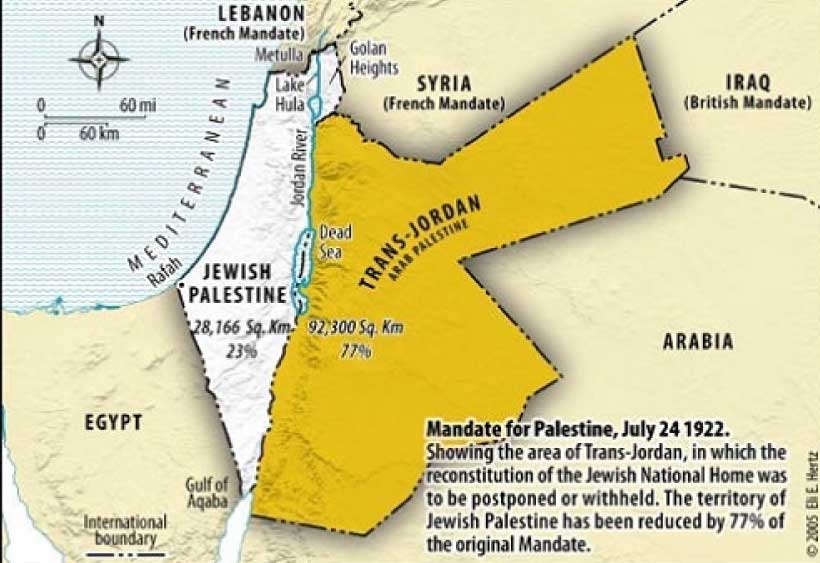 Israel declared its independence on May 14, 1948, one day before the British Mandate expired – thus, these remain Israel’s legal borders in international law to this day. The “West Bank” and the Golan in the CIA and U.S. State Dept. map of Israel is a lie: 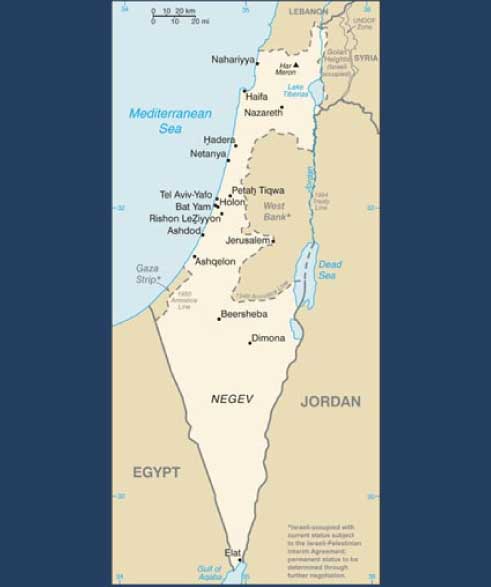 That’s because, they, along with Gaza, were militarily seized by the invading armies of Jordan, Syria, and Egypt in 1948, and subsequently liberated by the Israeli military 18 years later in the Six Day War (June 5-10, 1967). The “West Bank” and the Golan are as much a legal part of Israel as downtown Tel Aviv.

However, since Israel’s “Palestinian” Arabs so violently disagree, defense is necessary. So it is that we’re going to be taught the legendary program of Caliber 3 on Israeli methods of shooting and combat. We’ll learn from the experts about weapons handling, counter terrorism tactics, and the values that guide the Israel Defense Forces. How cool is that!?

We’ve enjoyed staying at the luxury David Citadel Hotel overlooking Jerusalem’s Old City walls, and now we head for the Galilee. We have surprises on the way – such as the Hidden Monastery of St. George in a cliff cave in the Judean Desert: 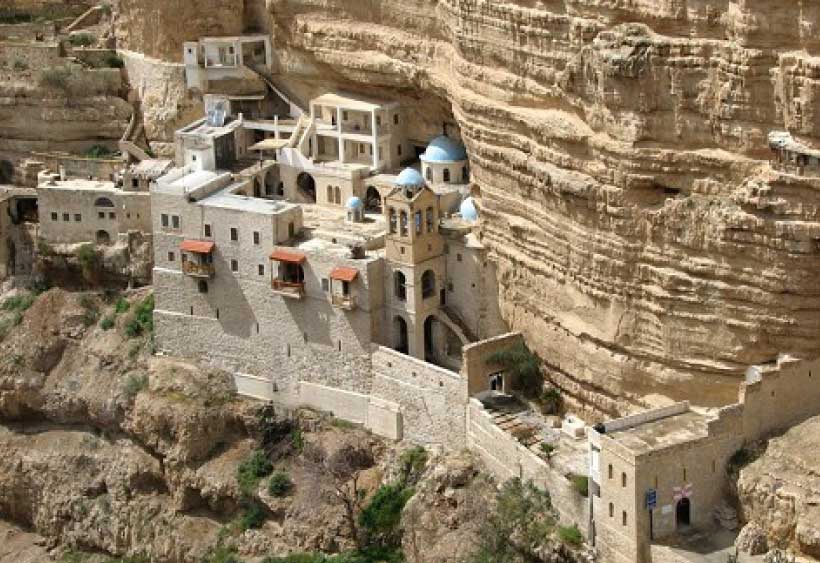 The Mount of Temptation where Jesus was tempted by Satan (Matthew 4:8), and Temptation Monastery glued to the mountainside: 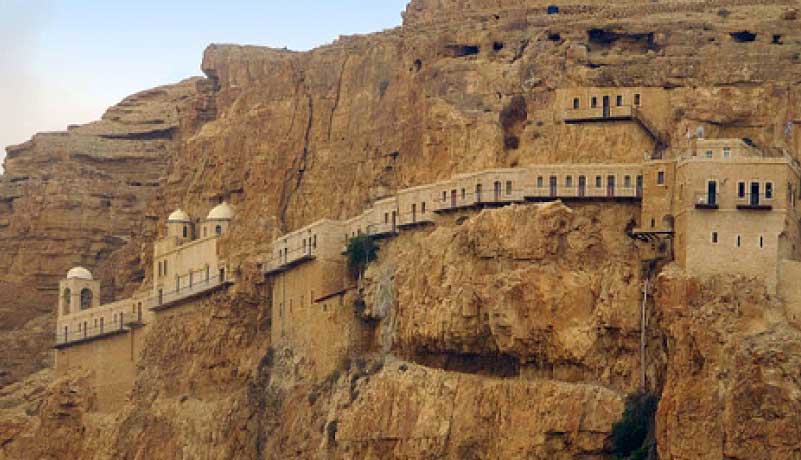 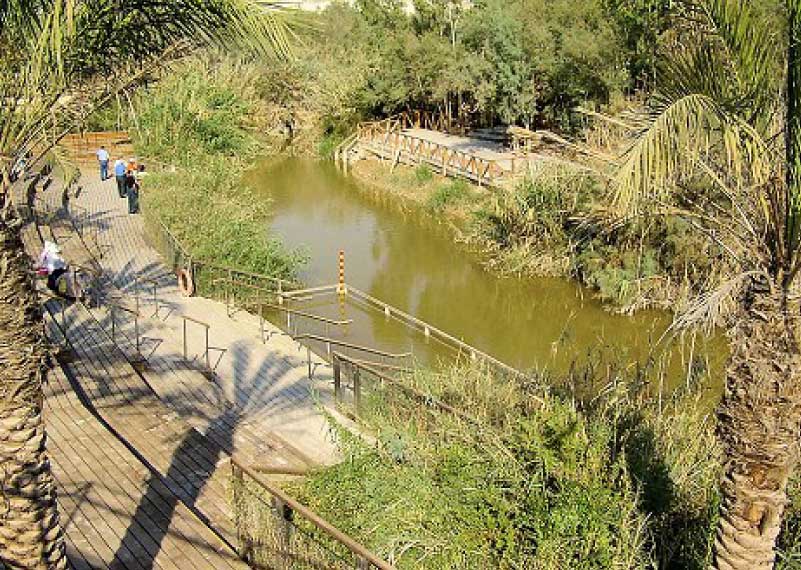 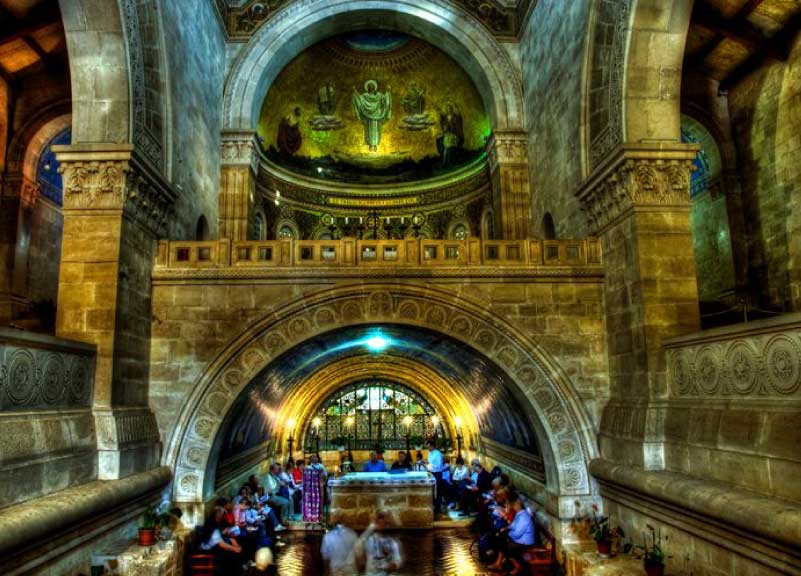 Reaching the Sea of Galilee, driving along the western shore we come around a bend to a sight that for a Christian can be overwhelming. Almost all of Jesus’ ministry prior to the last days in Jerusalem took place in a tiny area around Capernaum on the seaside, which is at the foot of the Mount of Beatitudes.

The area is so small you can capture it in practically one camera shot: 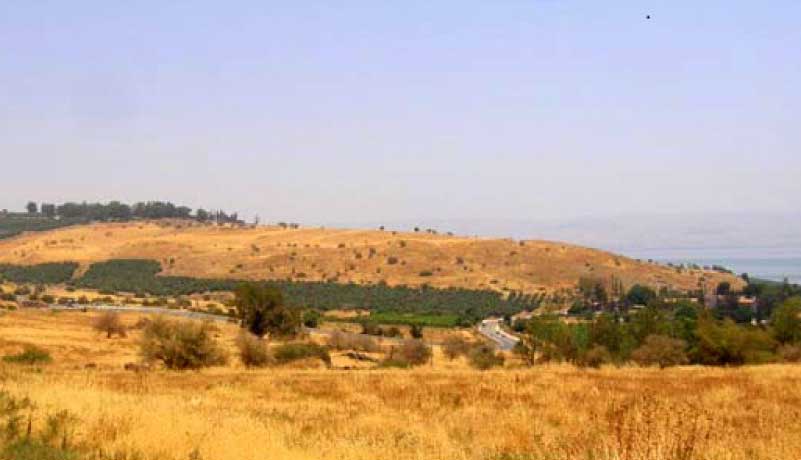 The trees on the hilltop are where Jesus delivered the Sermon on the Mount. At the base of the hill on the right is Bethsaida of Galilee (called today by the Arabic name of Tagbha) where Jesus performed the miracle of loaves and fishes. Next to Tagbha (on the backside of the hill) is the fishing village of Capernaum to where Jesus moved from Nazareth to begin his ministry, and home of the apostles Peter, James, John, and Matthew.

It’s an idyllic place, where the synagogue in which Jesus taught has been excavated, as well as the home of St. Peter. Even more so are the Franciscan gardens and chapel on the Mount of Beatitudes. It’s hard to imagine a more beautiful and tranquil place, where Jesus proclaimed the ethics of Christianity. 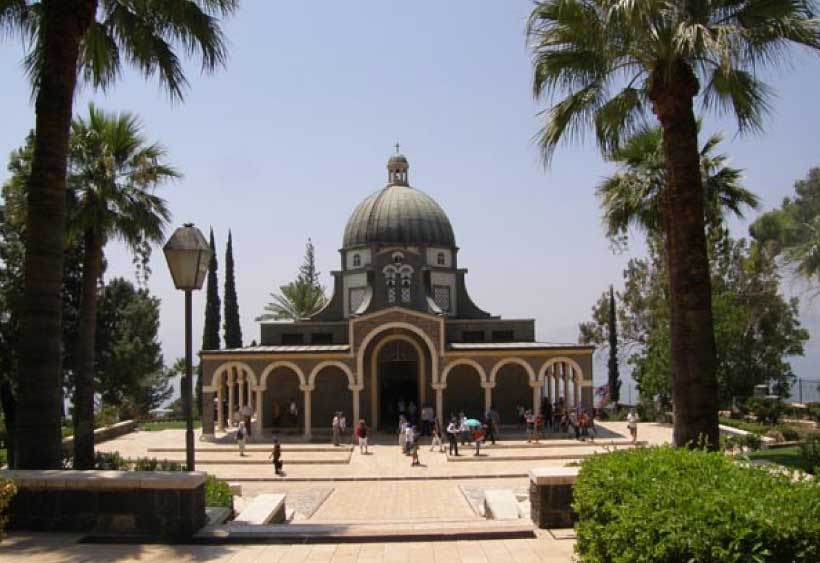 A short drive away is Nazareth, where Mary received the Annunciation and Jesus grew up. There are two Churches of the Annunciation (Catholic and Orthodox) and we’ll see both. Yet, Nazareth is a predominantly Arab town with many Arab Christians as well as Muslims. Over lunch, they’ll explain to us how they get along and live in peace with one another.

Nearby is the village of Cana, where Jesus turned water into wine (John 2:1-11). After our visit to all these revered scriptural places, we’ll end with a sunset cruise on the Sea, enjoying a glass of wine or two ourselves. 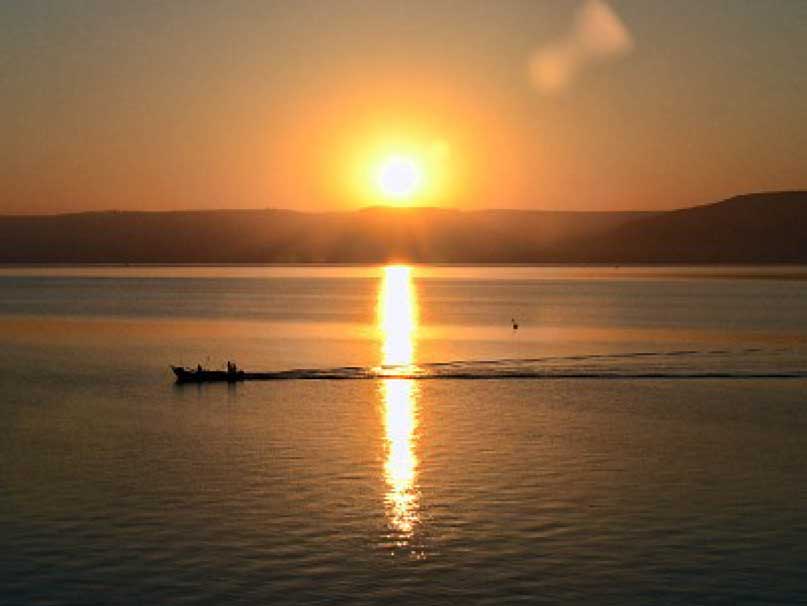 Now we venture to the Golan Heights on a day sacred to all Israelis – Yom Hazikaron, Memorial Day, in remembrance for Israeli soldiers who died protecting their country.

We go off-road exploring by jeep with Israeli soldiers who show us the necessity of preserving the heights for Israel. We spend time in the thriving town of Katzrin that you’ll fall in love with. At the Golan Brewery and Golan Heights Winery, townspeople will regale us with how pleasant life is here: 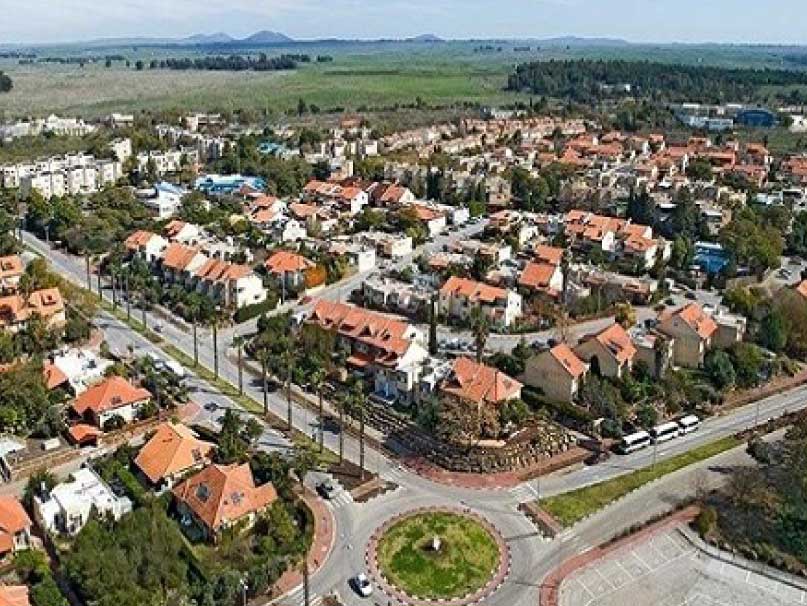 We’ve been at the luxurious Setai Galilee Resort, but now we head for the Mediterranean. On the way we visit Israel’s awesome natural wonder, the Keshet Arch – for those adventurous enough, you can rappel down it! 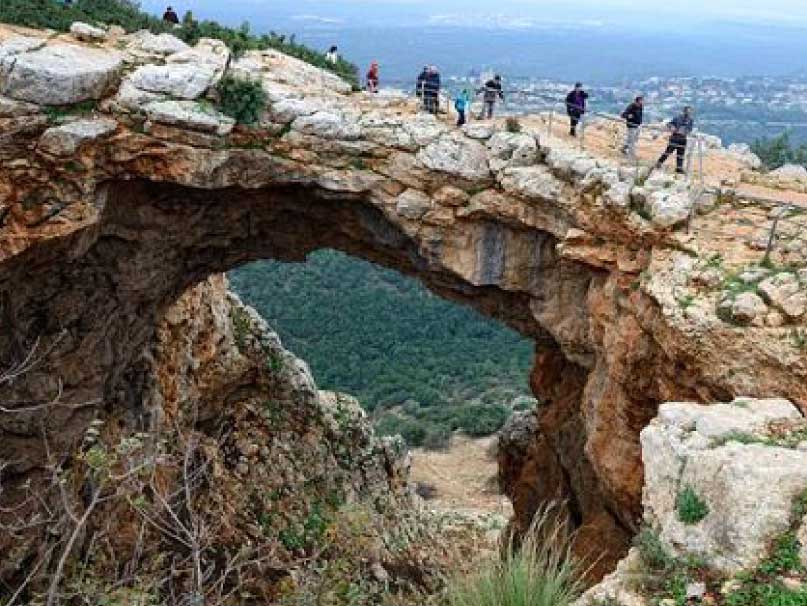 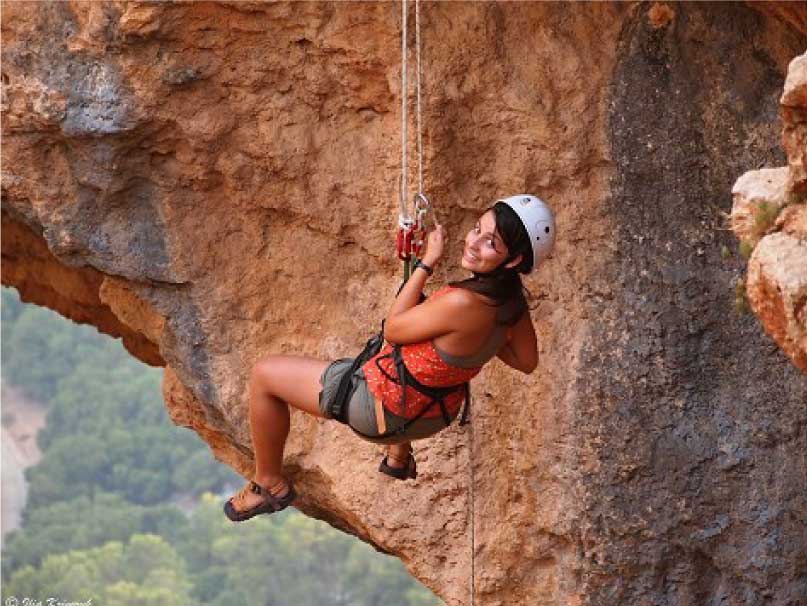 At the Med, close to the border with Lebanon, we find Israel’s stunningly beautiful natural wonder, the Rosh Hanikra Grottoes. Our job here is to have as much fun as possible… 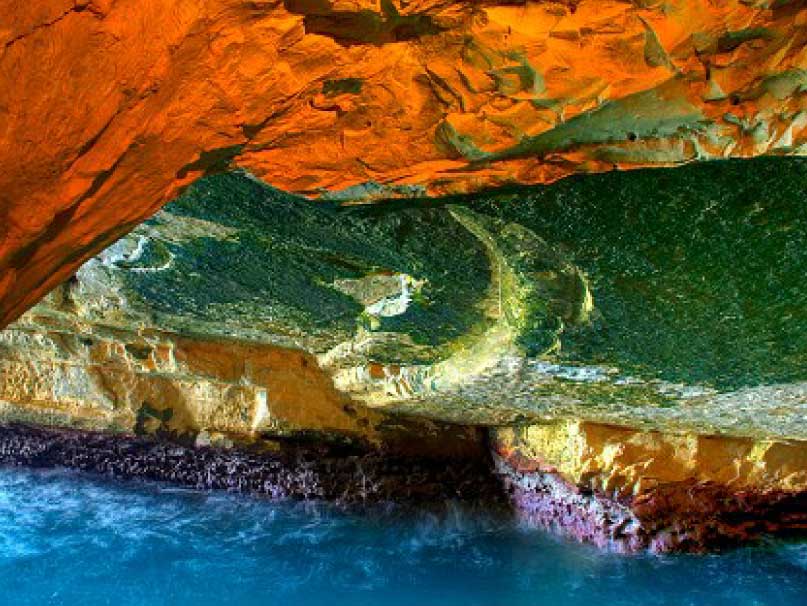 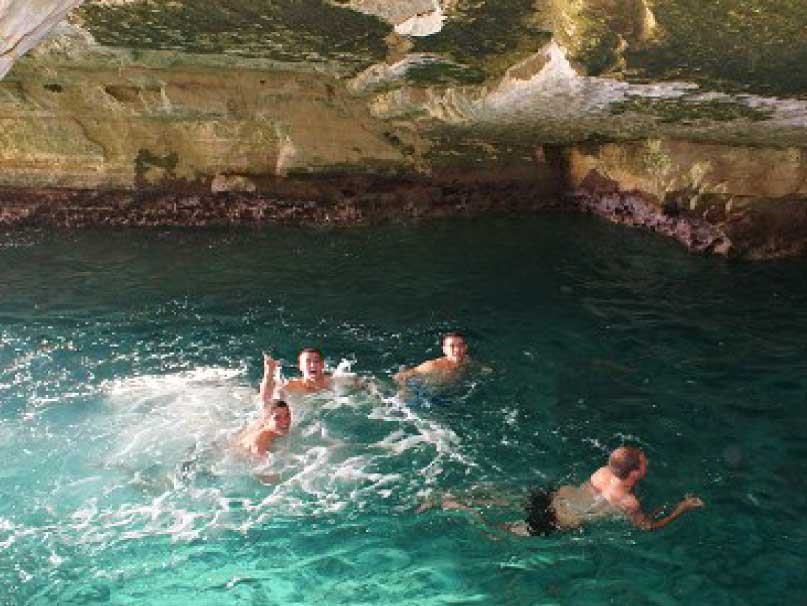 Especially since today – April 19 – is Israel’s Independence Day! (Yes, you may recall from above it’s May 14, 1948, but Israel is on a Lunar, not Solar, calendar, so this year it’s April 19.) This is the Big Seven-O, Israel’s 70th birthday, everyone will be joyously celebrating, and we get to join in!

There isn’t a better place to celebrate than the fabulously spectacular city of Acre, one of the oldest cities on earth, and still one of the most cosmopolitan. The oldest settlement is Canaanite, over 5,500 years old. The Knights Templar made it their capital during the Crusades. The history in between is immense, and today it is utterly charming. 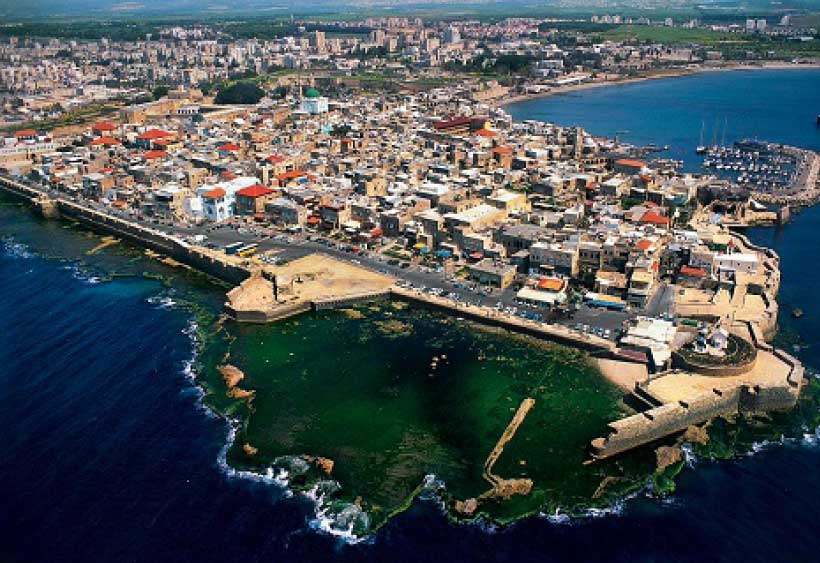 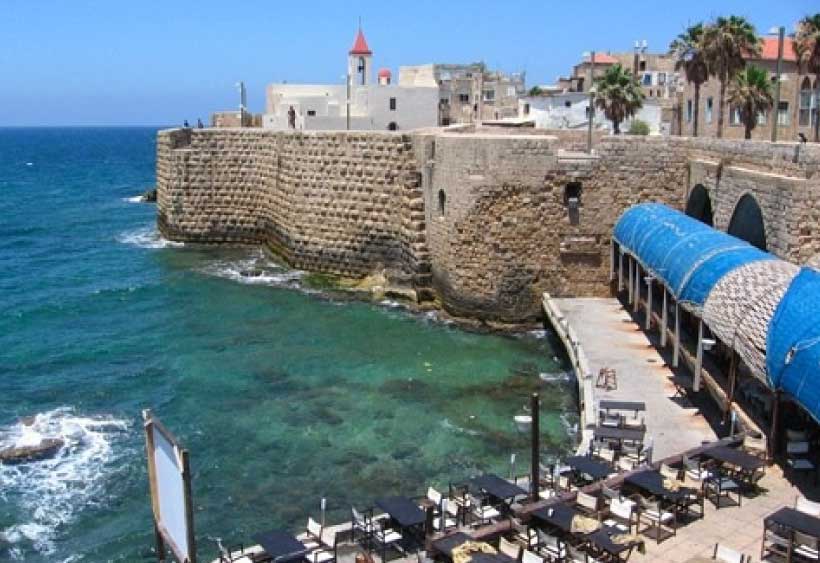 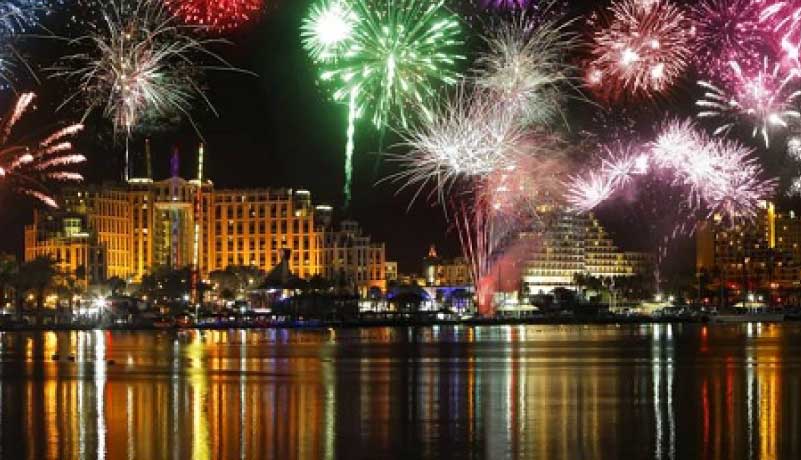 As we make our way to Tel Aviv, we visit the Bahai Gardens in Haifa, Druze villages on Mount Carmel, and ponder the ruins of Megiddo (Armageddon). 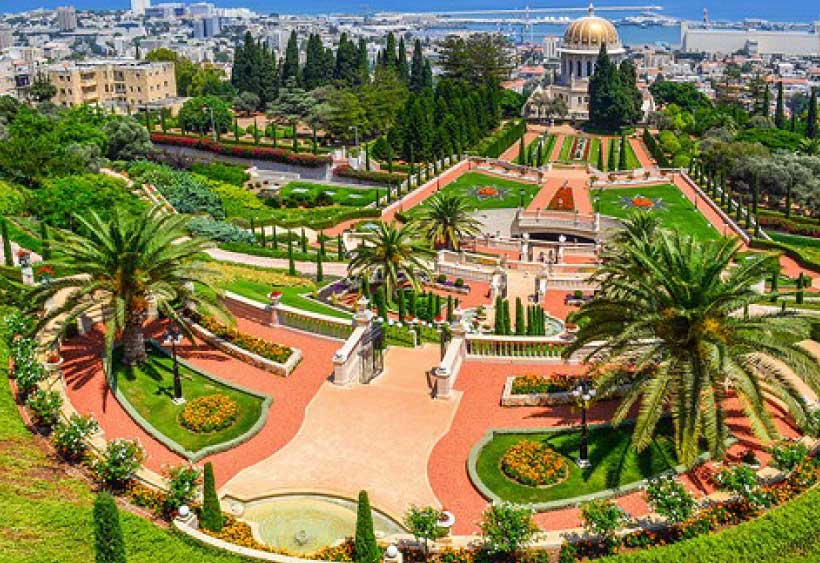 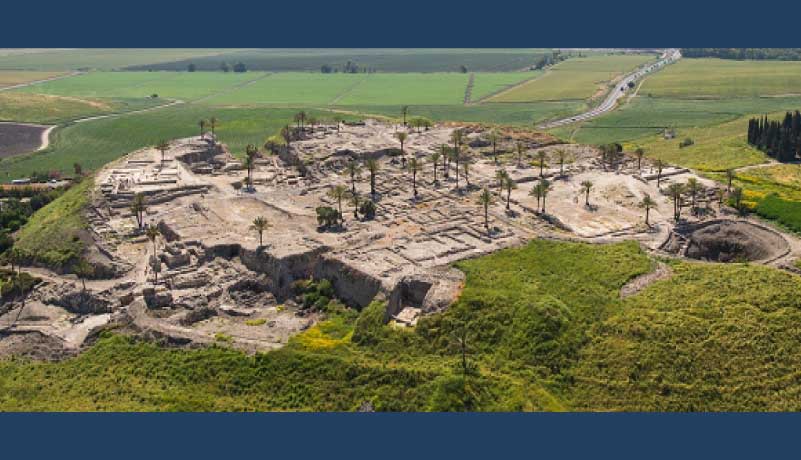 It is in Tel Aviv that we bid each other adieu. The above have only been glimpses of what we’ll see, learn, and experience. And since this is a lifetime dream experience, we do it right – not over the top, but “affordable luxury” in first class hotels and restaurants.

Yet, it is the people we meet that count most in our memories. From Shabbat dinners in Israeli homes to lunches in a Kibbutz, from IDF soldiers to Arab Israelis and so many more, we’ll come to understand the Holy Land from the personal perspectives of those who live here. And we’ll come home with such lasting friendships and experiences that we’ll ache to return.

If you want to make all of this an unforgettable part of your life, please let me know quickly. I can take only a small group of Escape Artists with me to the Hidden Holy Land.

The dates are Sunday, April 8 – arrival in Amman, Jordan – to Saturday, April 21 – departure from Tel Aviv.

There’s no time to lose – you can email me at Jack@WheelerExpeditions.com for the details.