The Seven Pearls Of Shing

Ijust returned from an extraordinary exploration of Central Asia.  I’ll be going into more depth of what we learned and experienced in Kazakhstan, Kirghizstan, Uzbekistan, Tajikistan, and Turkmenistan in the near future – but right now I’d like to share with you just one exquisite experience.

It’s a hidden unknown wonder tucked into the Fann Mountains of western Tajikistan called The Seven Pearls of Shing.

The Shing River flows through a high narrow valley dotted with small villages of Mountain Tajiks who have lived here for thousands of years.  Thanks to ancient rockfalls eons ago damming up the river in stages, there is a series of seven stepping-stone lakes in the Shing Valley, each of uniquely breathless beauty.

Halfway up the valley via a 4WD track at 5,200 feet you come upon the first, named Mijnon.  The track continues to the sixth, Marguzor, then you hike or ride a donkey to the seventh, Hazor Chasma at 8,000 feet. They are of different colors and change according to the time of day.

We visited each Pearl of Shing on the way up in the afternoon, spent the night in a pleasant and welcoming local guesthouse between Pearls Five and Four, and were astounded at the morning mesmerizing allure of Pearls Four to One on the way down.

Here’s what we saw.  All the photos are mine, with none photoshopped or have the saturation jacked up.  The colors are real.

The First Pearl – Mijnon.  On the way up: 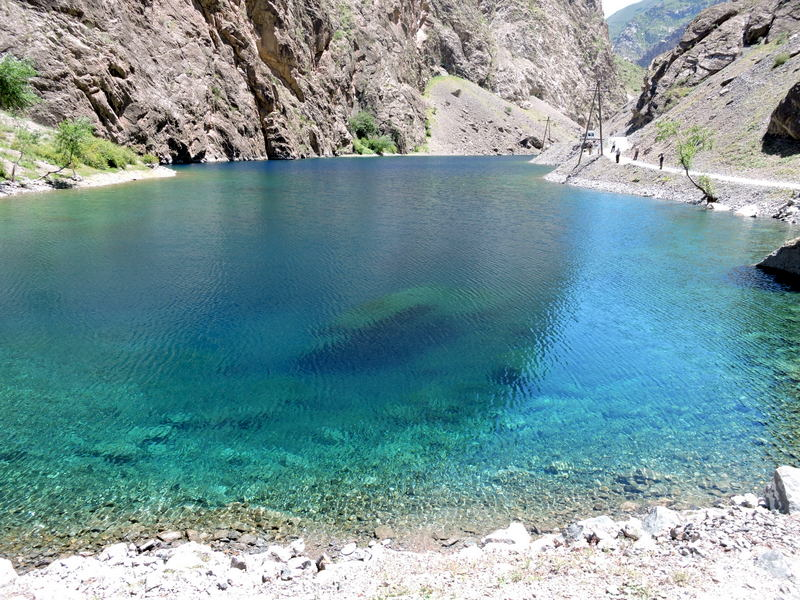 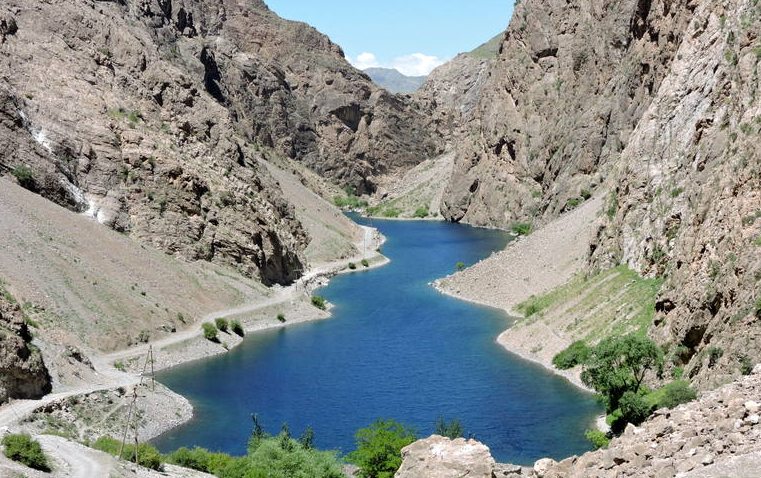 Mijnon on the way down: 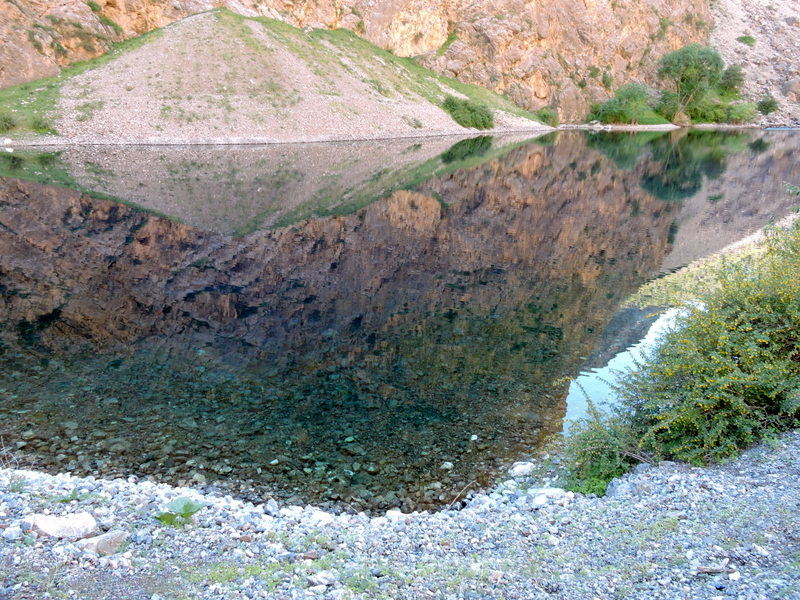 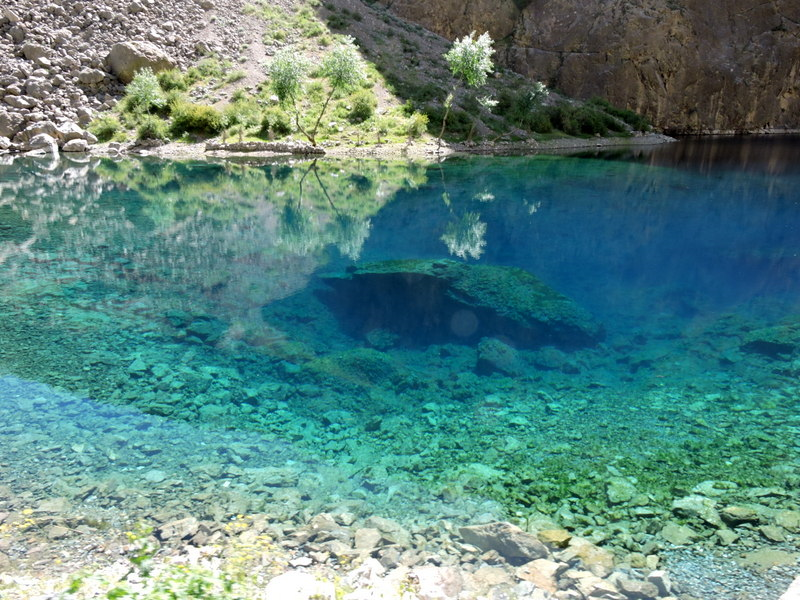 The Second Pearl – Soya.  On the way up: 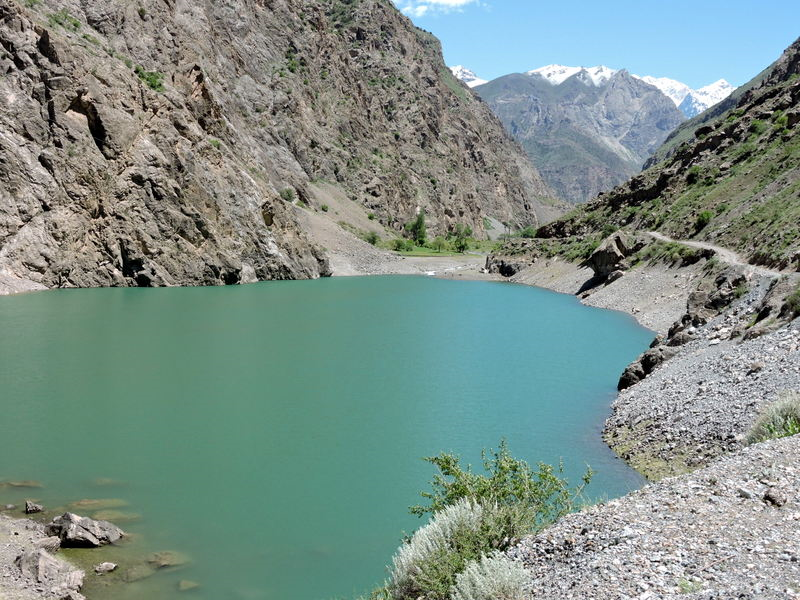 Soya on the way down: 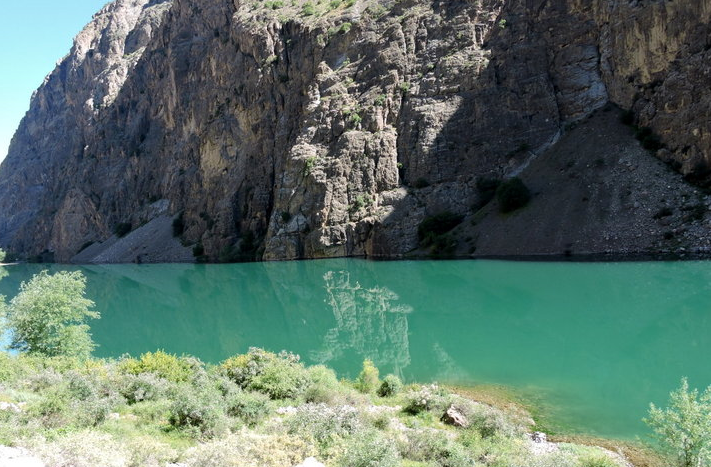 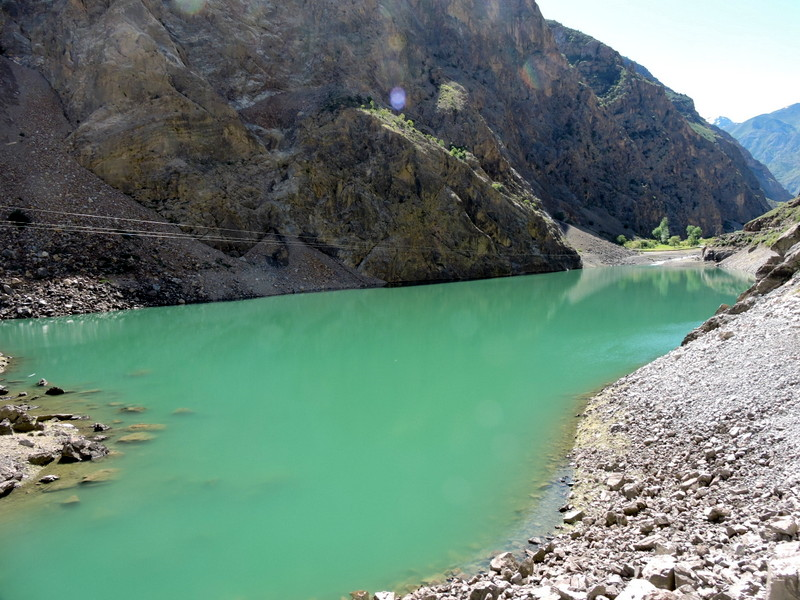 The Third Pearl – Hushyor.  On the way up: 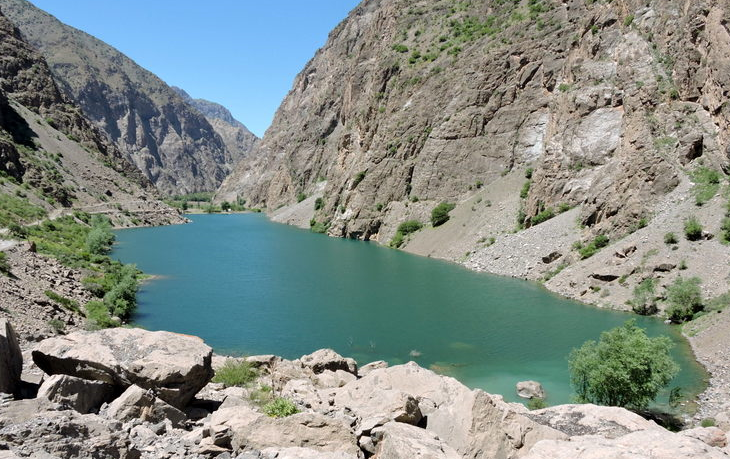 Hushyor on the way down: 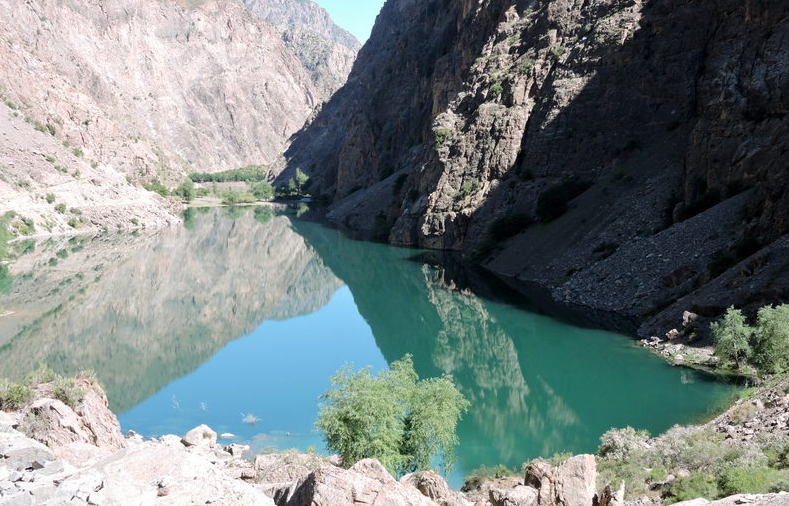 The Fourth Pearl – Nophin.  On the way up: 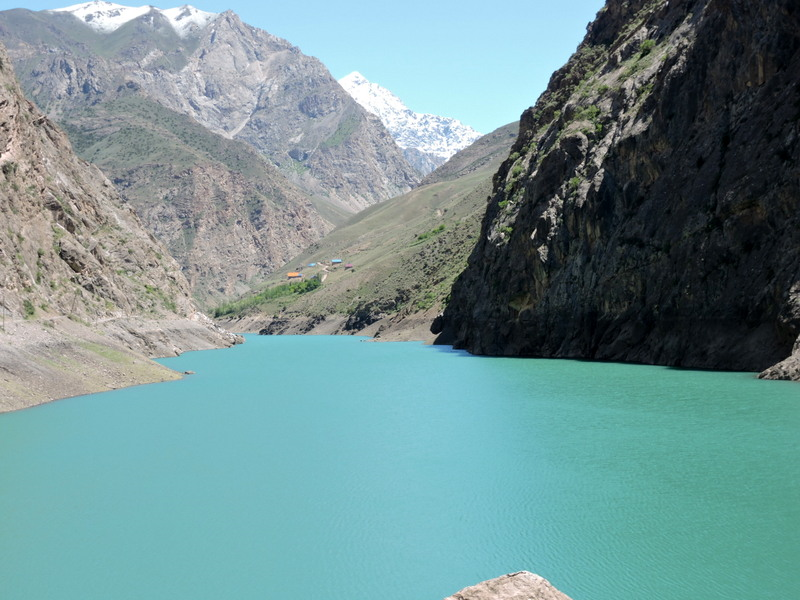 Nophin on the way down was a true surrealistic experience.  We could not believe our eyes. 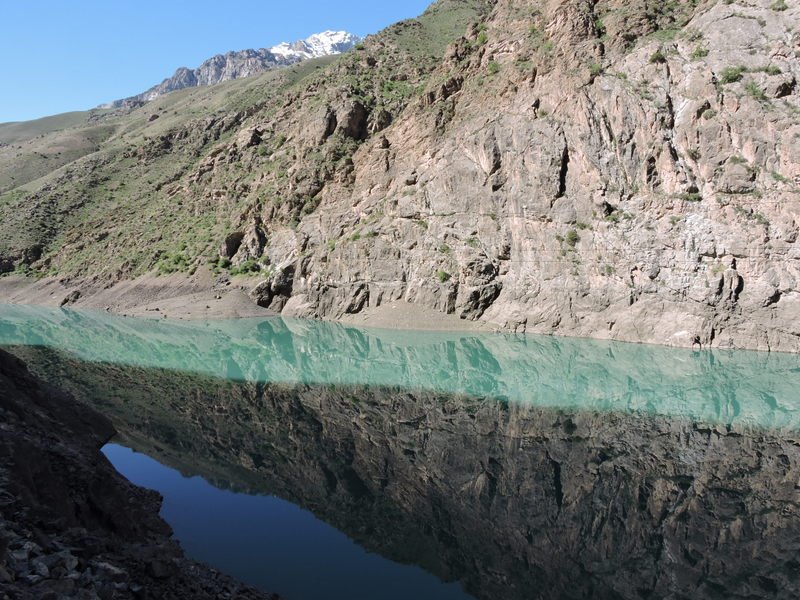 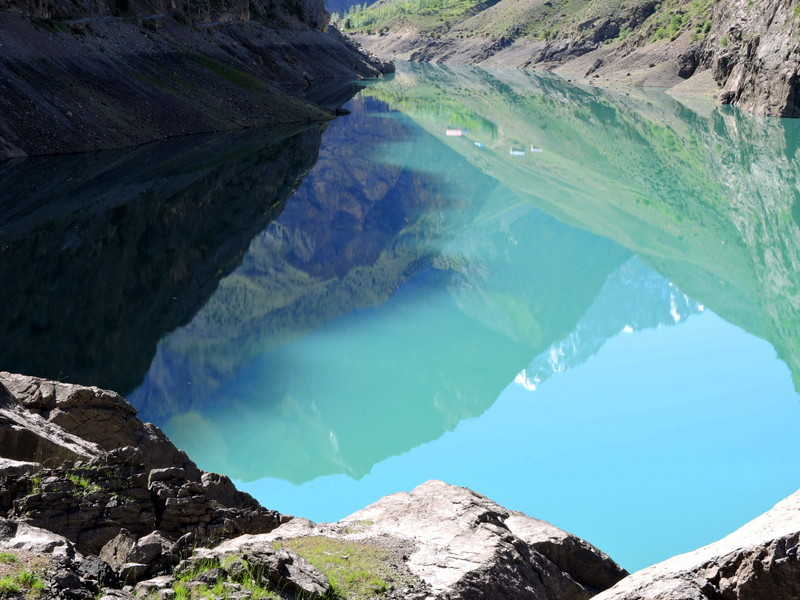 The Fifth Pearl – Khurdak.  On the way up, we see it is the smallest of the seven. 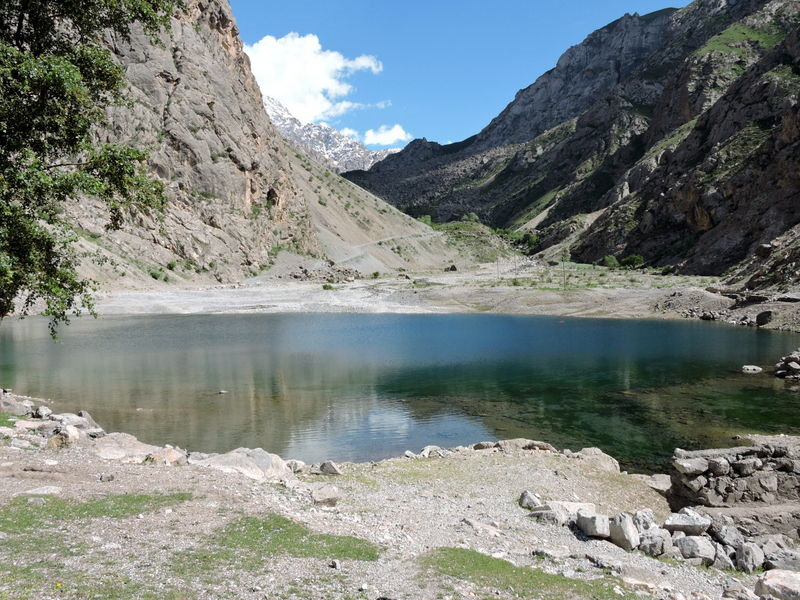 Khurdak on the way down in late afternoon. 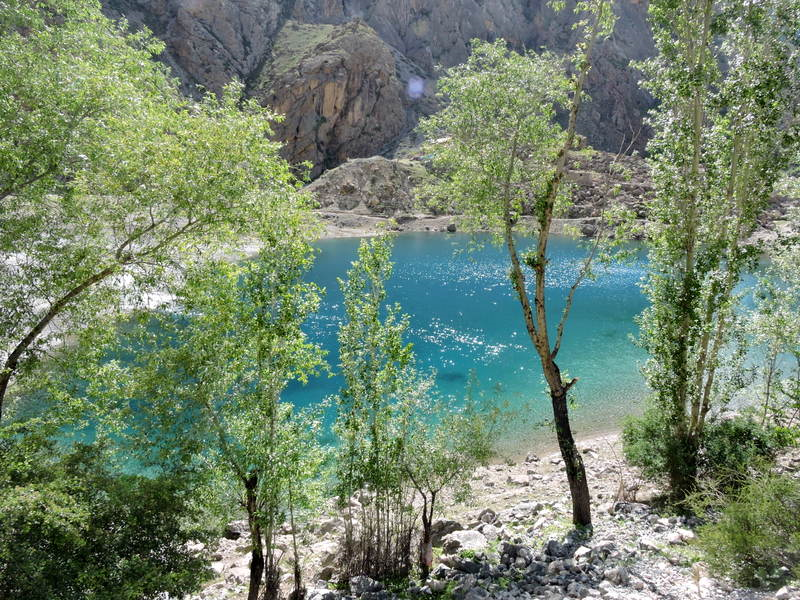 The Sixth Pearl – Marguzor.  On the way up. 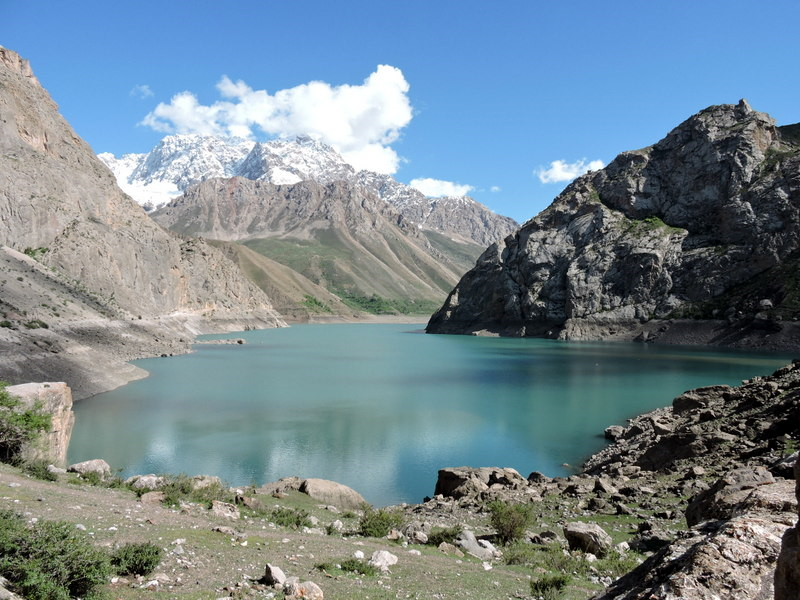 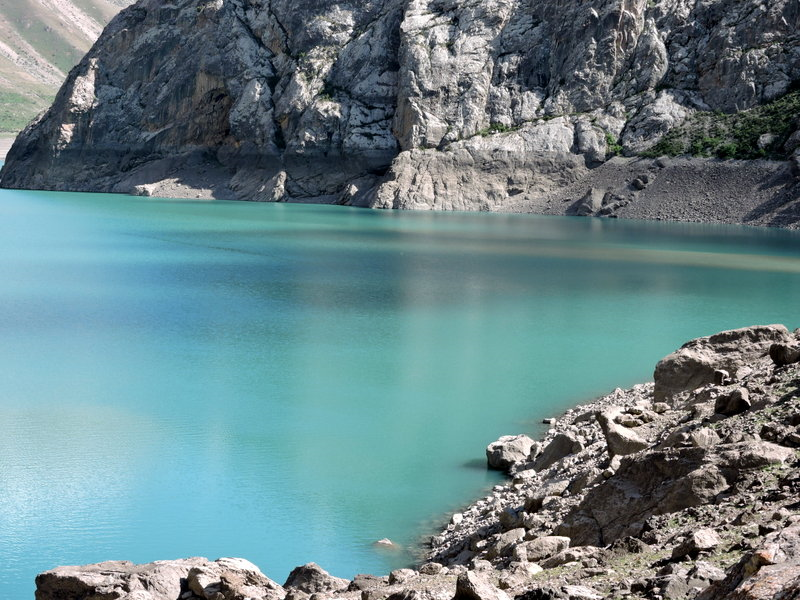 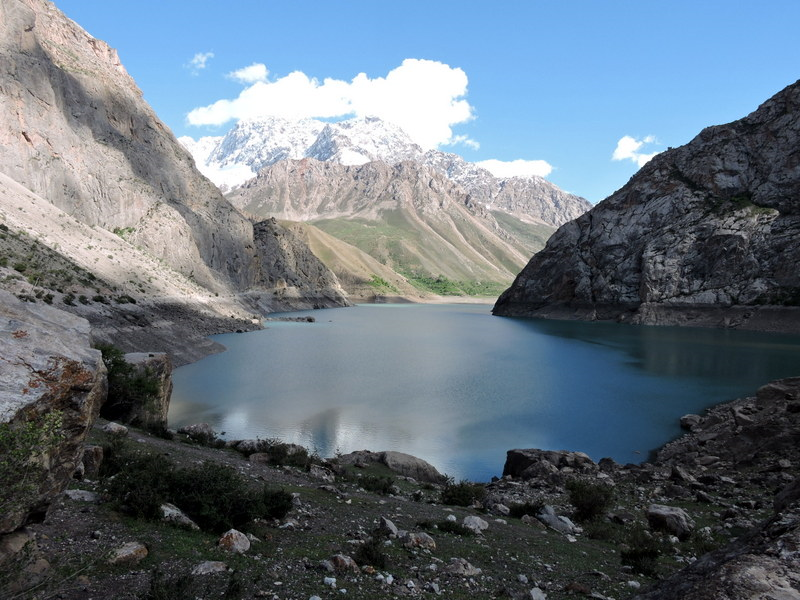 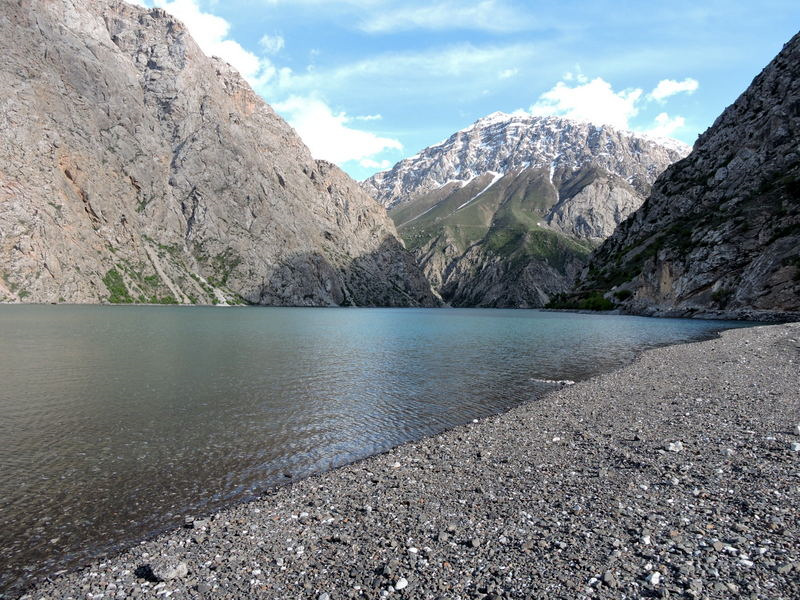 Here you are surrounded by towering mountains 18,000 feet high. 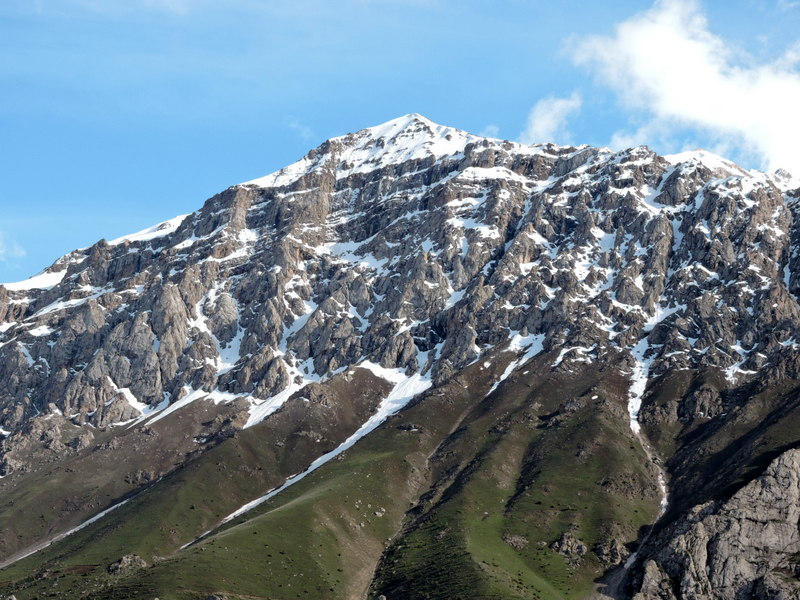 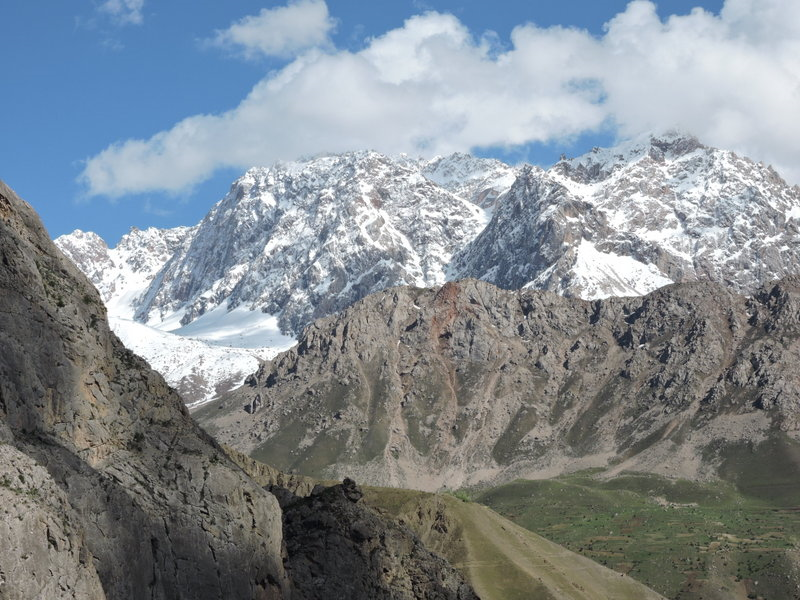 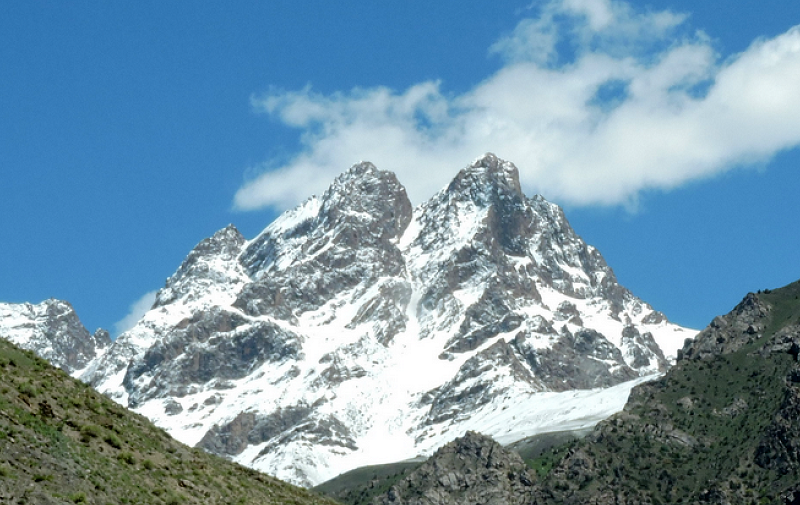 And, okay, I couldn’t resist memorializing my being here. 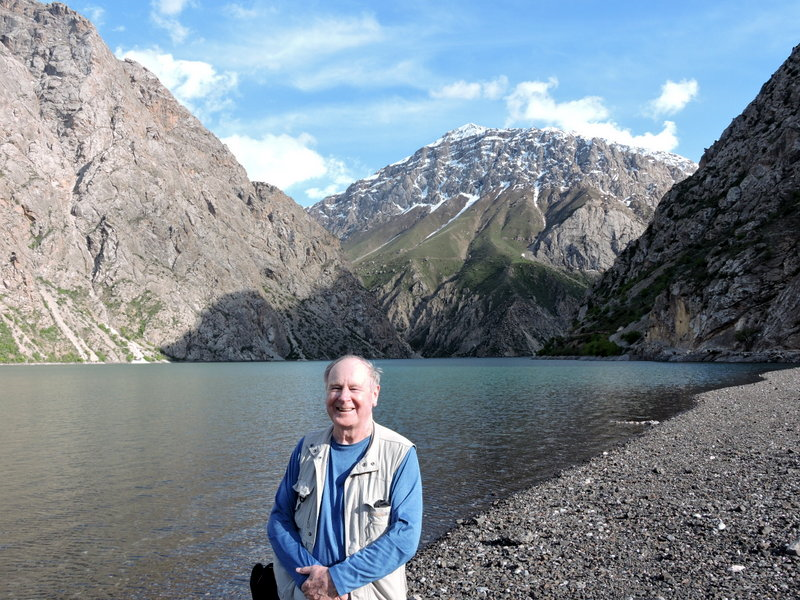 The Mountain Tajik villagers who live in the Shing are a special people – strong, independent and free.  They are also warm and welcoming.  Their villages are very basic… 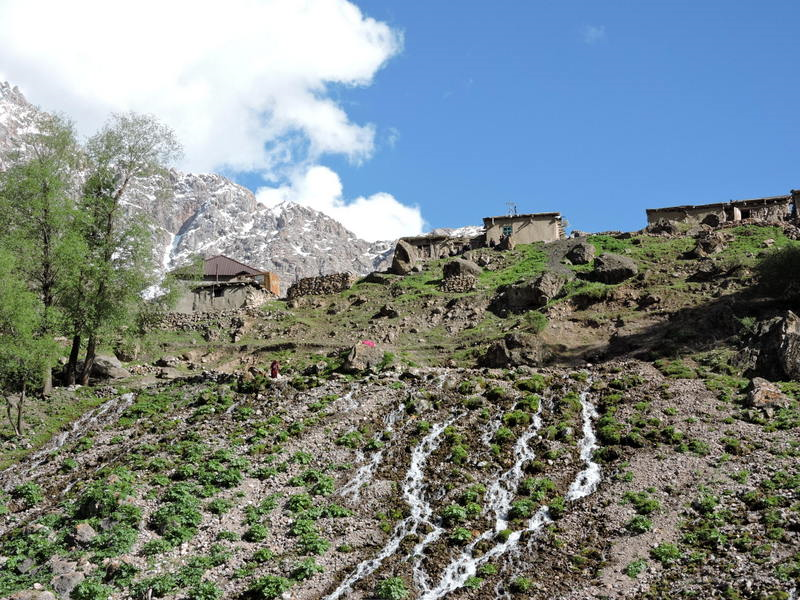 Here’s one on a ledge above Marguzor… 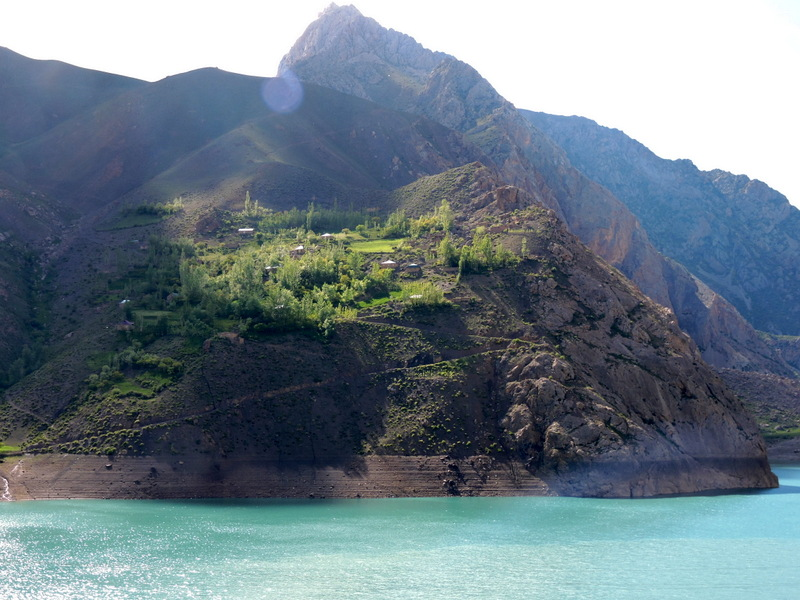 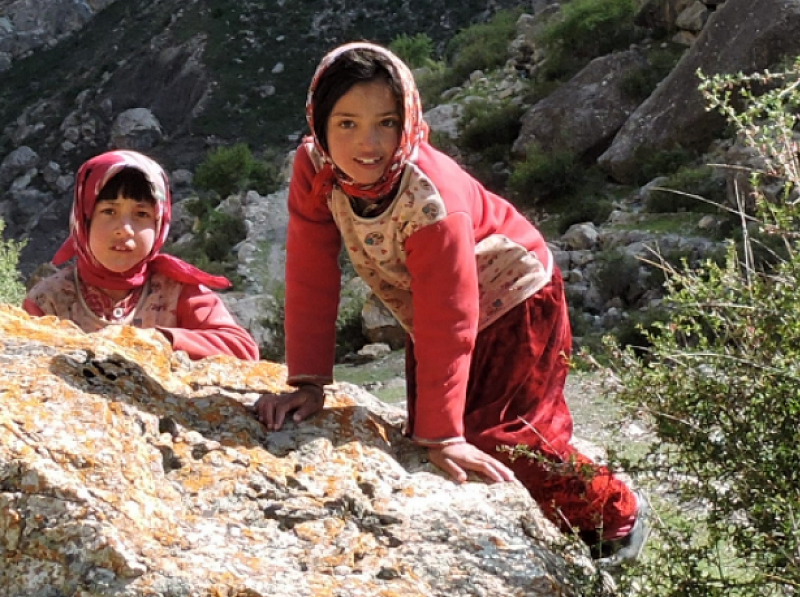 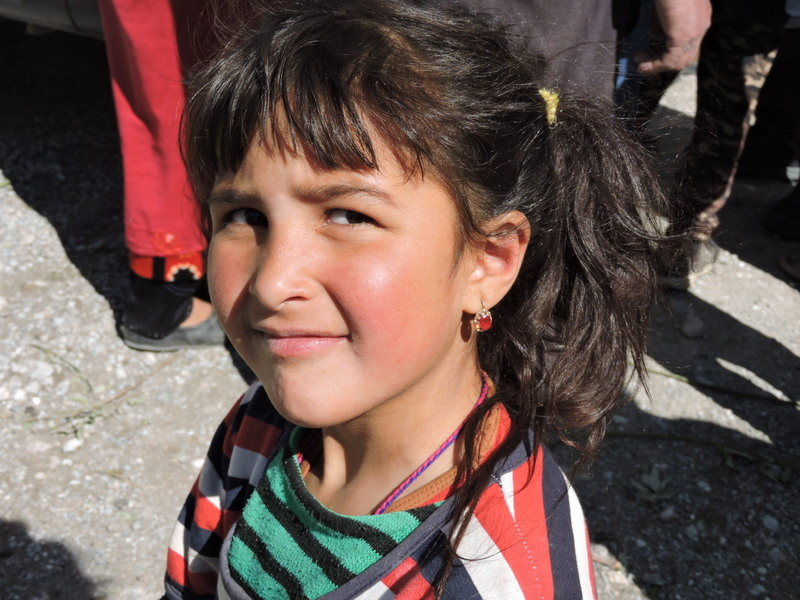 My favorite photo is of these two boys… 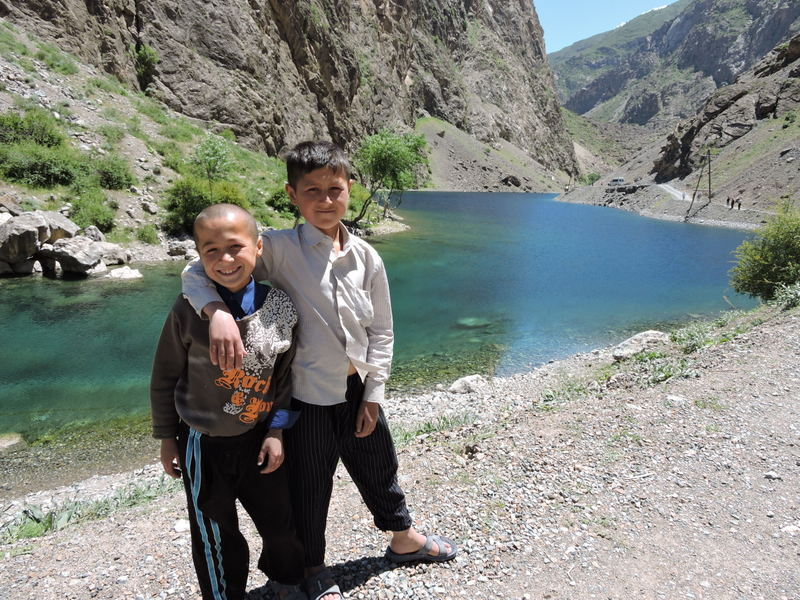 What great kids – and how lucky to live in this magic place.

So magical that I’ll be returning  May 2020.  Perhaps you’d like to come with me to the Seven Pearls of Shing.  Like me, you’ll never ever forget being here.

If this is what you’d like to experience yourself, let me know at Jack@WheelerExpeditions.com

Carpe diem. If not now, when? Life is short. The time for a great adventure is now.